Type your search terms above and press return to see the search results.

I was invited to participate in Celebrating Women, a charity exhibition in which 80% of proceeds is donated to AWARE Singapore, in conjunction with International Women’s Day 2013 and kindly sponsored by One East Asia and Cedele. These drawings were taken and inspired by my W.I.P. Psychobitch series.

Marriage illustrates the transition from girlhood to womanhood- the process of meeting the expectations of a constitution that sometimes forever hides the woman of instinct, passion and impulse. This piece celebrates and honours every woman’s primal self, free from societal expectations and doctrines. It also foretells the haunting by one’s authentic self on the Doris Day wife-persona when desire is suppressed and unfulfilled.

The Rat King is a historical omen where rats are found entangled and collectively festering during the plague. Drawing parallels with unhealthy or abusive relationships that women sometimes find themselves imprisoned in, the symbolism of the woman cutting off the tails of the Rat King illustrates the individual, taking ownership of her life and relationships. 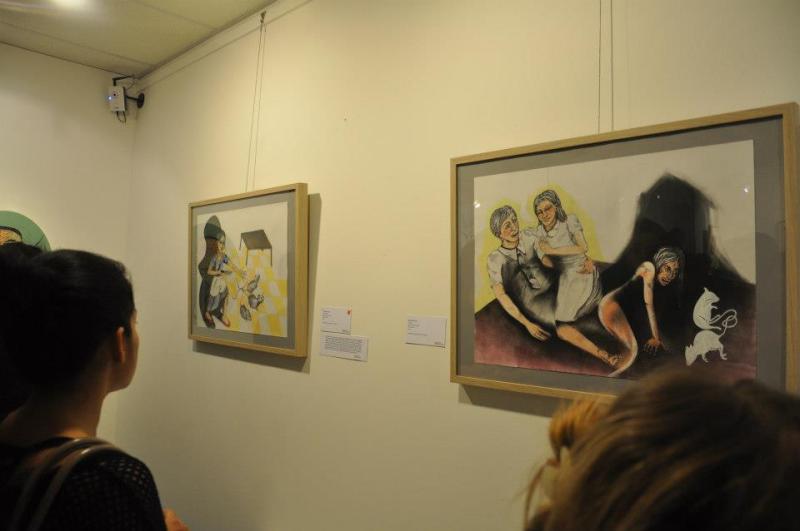 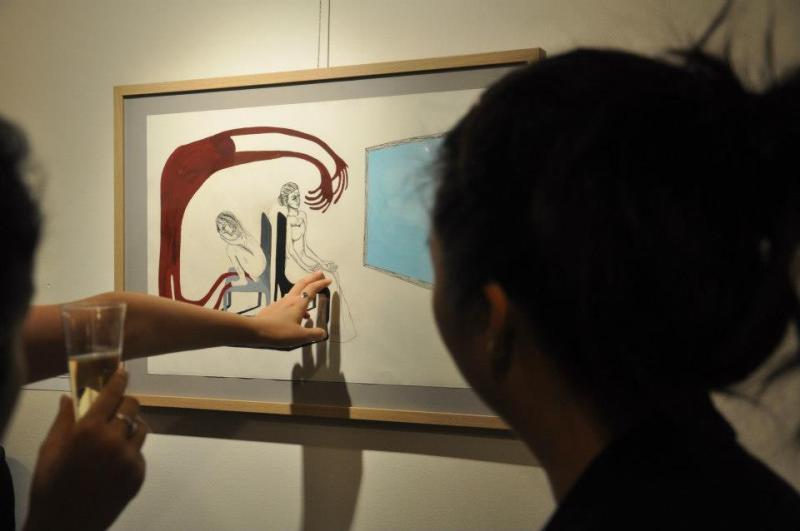 Avocado, from the Fruits Series is a study on the feminine form and body. By using Fruits to illustrate body parts and organs, Avocado portrays an interaction between the self and body, with poignant sensuality. It endorses the reclamation of the female body, often sexualised and coveted by media and the male gaze. Avocado shows a woman cradling herself, a metaphor for taking ownership of one’s own physicality- an image of self love and confidence, independent of gender stereotype and stigma.